Awesome Concert in the Park

The FTGC provided some great music to get folks ready for the Marine Corp Band--San Diego. We were thrilled to have Sargent Aaron volunteer to play drums for our 45 minute set. Sgt. Aaron is interested in playing with us for some of our future performances. While the "Alpine Sun" newspaper didn't print the review article or a picture from the concert, we have some great coverage on http://www.freeteenguitarclass.com/ with pictures from our various photographers.

This Sunday the FTGC will be providing music for our worship service and following the service and snacks we'll be showing the Video on the Big Screen and with the Sound System. I'm looking forward to seeing the concert from the other side of the stage. Next week we'll add some video to the website. If you haven't taken a look at the website in a while it has a new look and we're adding a Guitarist page for each of our performers. Alpine Anglican will have serveral vehicles in the Independence Day parade. We'll be joined by a number of friends who will be riding in or on the Fire Truck or the various military vehicles. The FTGC will be playing some favorites from the Troop Transport. After the parade we'll have a picnic in the Park. The Staging area will be at the Park (9:15am); the Parade starts at 10:00am in Crown Hills; and we'll be back to the Park for the picnic at 11:15am.

If you can't make tomorrow's parade, you still have a chance to bring some friends to be part of the Descanso Parade on July 12th (10:00am) or Pine Valley Parade on July 26th (9:00am).

While Alpine Anglican wasn't at the historic meeting in Jerusalem last week, Alpine Anglican Church of the Blessed Trinity is living out the Gospel faith in cooperation with Anglicans worldwide. What does that really mean in our local situation?
We are part of the formation of a new Anglican Province for North America. However, in our working together, it already exists. The formal recognition has been called for at the world meeting of Primates, but we are living in unity of faith and practice with Anglican in Southern California and around the world. Anglican isn't just a name you tack on to the name of your church, it is lived and practiced. And it is rarely easy or popular.
So how is Alpine Anglican Church of the Blessed Trinity part of the worldwide fellowship of Anglicans? 1. In our bishop, "where the bishop is, there is the Church." Our Diocese of the West participated in GAFCON as Bishop Boyce was asked to participate. Bishop Boyce is committed to leading us live out Jesus' call for us to be one. 2. We associate, make fellowship with others who uphold the Christian faith and practice. We're a Forward In Faith NA parish (which had 7 delegates at GAFCON). Our larger organization, the Anglican Province of America is merging with the Reformed Episcopal Church which are both in full communion and interchange of ministers with the largest Anglican Church in the world (the Anglican Church of Nigeria). We are represented in the Federation of Anglican Churches in America through the Anglican Province of America, Forward in Faith NA, and the Reformed Episcopal Church) and each of these organization is part of the Common Cause Partnership which is the organization the Primates are looking to recognize in North America. Locally, we have associated with the various Anglican parishes of Southern California known as Western Anglicans which relates directly to the Common Cause Partnership.
But what do all these names really mean to us, our fellowship? We are standing in unity of faith with those who believe in the historic faith and practice we recieved as Anglicans. In our associations we clearly stand for the plain Scriptural teachings on the Christian sacrament of marriage being between one man and one woman as a life long union. This affirms the appropiate place to express our sexuality is in marriage, and we reject our leaders to be engaged in sex outside of marriage, multiple marriages (serial or simultaneous). It is unfortnate when any Christian is not a wholesome witness to Christian living, but it is a scandal when leaders fail. Yes, the world notices those in our leadership.
Unfortunately, Anglicans have not done a great job in making these teachings clearly understood. The fact that it hasn't been adequately taught. We hear of clergy in positions of leadership while living contrary to scriptural teaching. Our sister churches in the Global South are challenging us in North America to take more seriously the nature of Christian marriage. In most of Anglicanism a divorced and remarried clergyman is just not permitted as it damages the Christian witness. Yes, it is hard to hear in our multiple marriage society!
Likewise, it is uncomfortable or unpopular as the 2008 Assembly of Forward In Faith has asked the Common Cause Partnership to enact a moratorium and biblical study on women in the sacrament of holy orders. The majority of the Common Cause Partnership does not ordain women to holy orders as a matter of scriptural teaching. It is fundamental for Anglicans to understand the teaching of Holy Scripture, in marriage, in holy orders, in all areas of our Christian Life.
Living out the Christian Life is not static, we will continue, not to redefine the Truth (to redefine God's revelation), but to live out that life in Jesus Christ where He is Lord. The dynamic is we are God's creatures; we are to be changed to reflect the glory of God. Taking up our Cross is about asking our Lord and Savior to work that change in us, to conform us to His Reality. 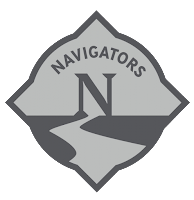 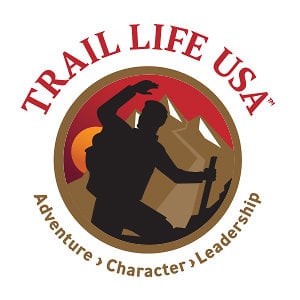